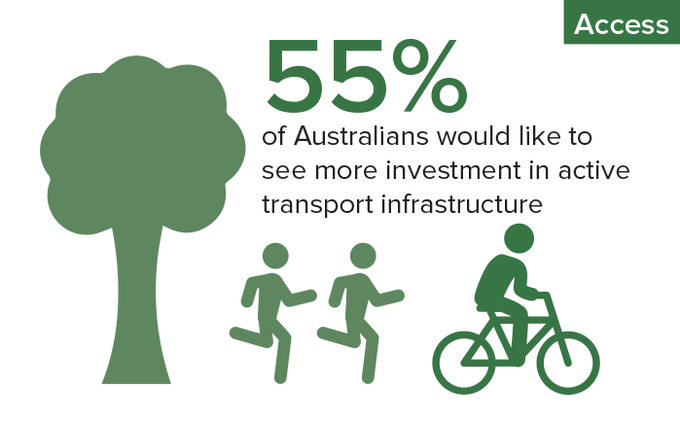 The submission responded to many of the opportunities and challenges presented in the 2019 Infrastructure Audit and we made five key recommendations. That:

The submission, which you can download here [725KB PDF] also responds and comments on twenty-one of the key opportunities and challenges contained in the Audit.

The Royal Automobile Club of Victoria (RACV) has submitted a strong call for a funded Melbourne bikeway network as part of their submission to the national Infrastructure Australia Priority List.

We commend the RACV, who have invested to send a senior executive to research active transport in three comparable North American transport markets with We Ride Australia’s recent Transport Study Tour to Vancouver, Portland and San Francisco.

The RACV has researched and developed an objective case for investment in 17 inner city cycle routes as part of their five-part ‘congestion-busting’ key transport priorities for Melbourne*.

The organisation has called for the funding saying it “should be an investment priority to provide safe cycling superhighways” in Melbourne.

We understand that the practice of ‘quick wins’ in the US and Canada, where smaller interventions to make cycling safer and more convenient are trialled at low cost before making them permanent, has particularly impressed RACV (as they did us!).

* we note and support Bicycle Network’s budget submission to the new Andrews Government in late 2018 also calling for investment in key infrastructure and programs.