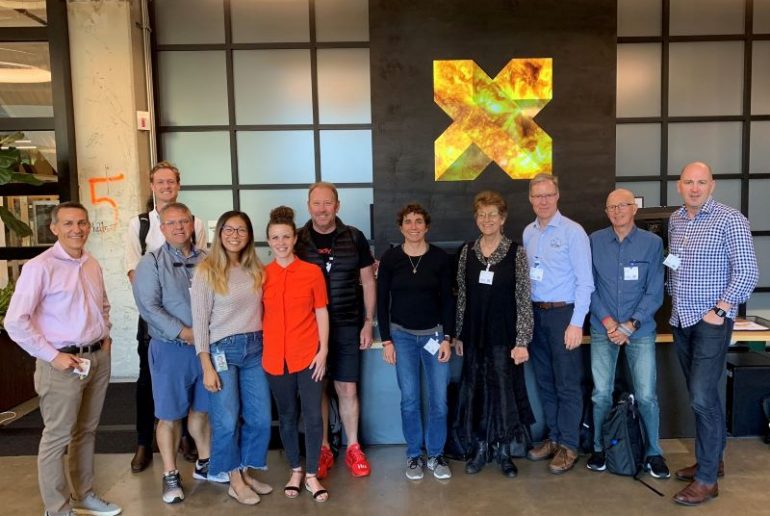 Above: members of the Australian delegation get a privileged visit to Google X – the ‘Moonshot Factory’ – just outside San Francisco.

Following highly successful study tours to the Netherlands, responding to participant feedback, We Ride Australia recently hosted its first ever transport study tour to leading innovative cities in North America. With extensive and privileged access to tech giants Google, Google X (Waymo), Uber and more, our delegates not only benefited from meetings with government and corporates, they also were able to understand firsthand the impact of smart tech and autonomous vehicles on planning for bicycles.

Delegates participated in presentations, site visits and roundtables in Vancouver, Portland and San Francisco over the intense 5-day program and we were hosted by arguably the most respected and expert executives in each city. 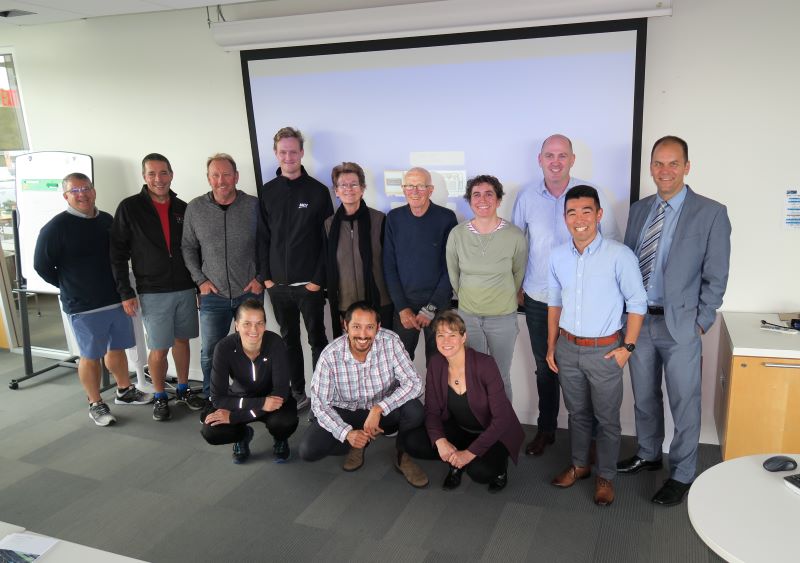 From the City of Vancouver’s Head of Transportation Planning, to a transport academic and Mayoral candidate in Portland and past Transport Innovation Lead in San Francisco, Google X commercialisation guru and internationally recognised Key Note Speaker in San Francisco – this was a comprehensive and fascinating program curated by experts in the field and one we were very proud to have been able to put together.

The differences in infrastructure provision across the three cities, in a similar way to Australia, strongly demonstrate a range of municipal, state and national approaches with local political leadership or resistance and available funding all affecting planning decisions that lead to a range of diverse solutions.

Tilikum Crossing, ‘Bridge of the People’ (on the right) is a bike, pedestrian and bus bridge that crosses the Willamette River in Portland.

Key facts. Our delegates met with: 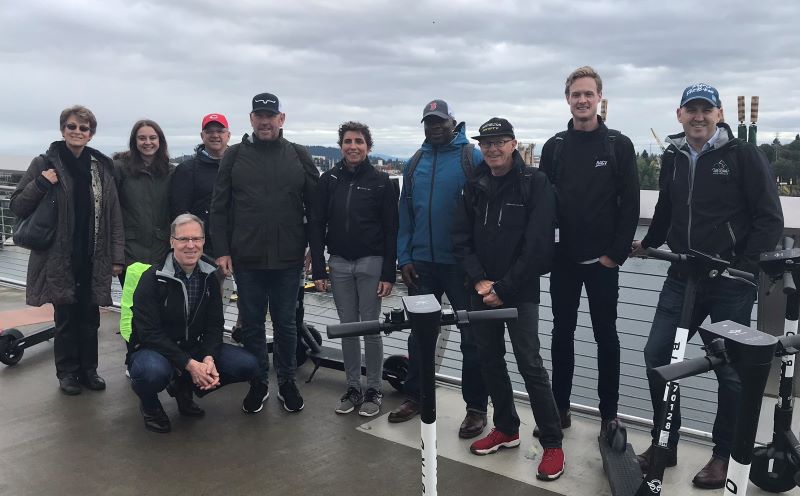 The organisations and government departments we met with included: 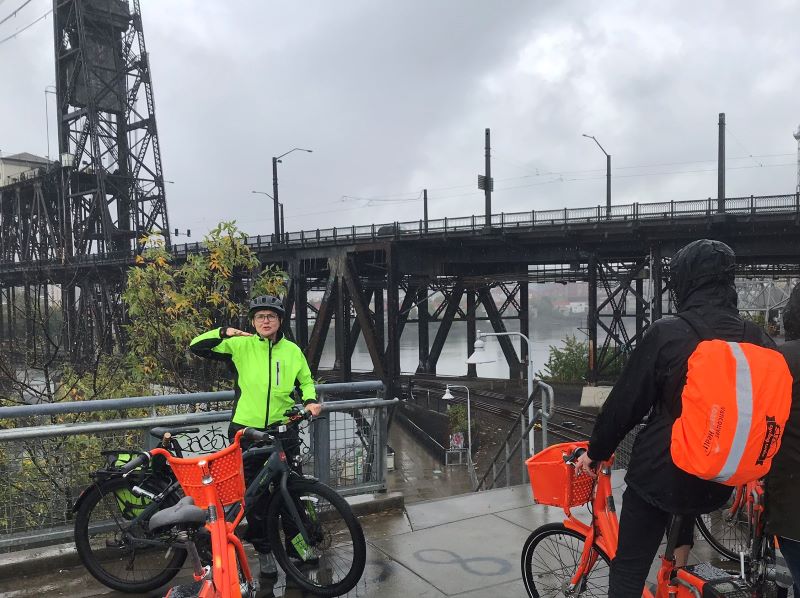 Sarah Innarone takes us along the river in typical Portland weather!