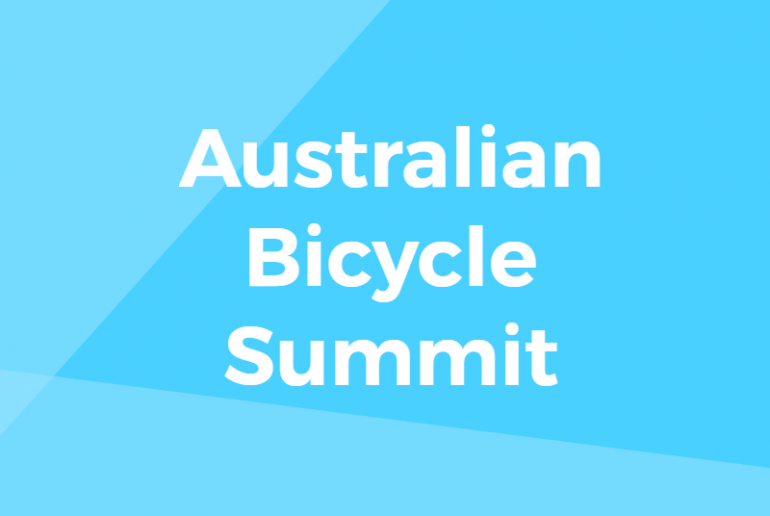 We Ride Australia is delighted to announce Transport for NSW as Principal Partner for the 2018 Australian Bicycle Summit to be held on 21st June and Cycling Luminaries Awards to be announced in a Gala Dinner on Wednesday 20th June.

“This year the Summit theme of ‘connecting people and places’ recognises the importance of the NSW Premier’s State Infrastructure Strategy and Transport for NSW’s Future Transport 2056, a strategy that will guide investment in transport cycling for the next 40 years.

“The Summit is an important forum that recognises cycling’s contribution to the transport passenger task, the health of our citizens and the quality of our neighbourhoods,

“One of the main attractions will again be the national Cycling Luminaries Awards that will be announced at a Gala Dinner on June 20th,” Hodge said.

A Transport for NSW Spokesperson said, “We are delighted to be a Principal Partner of this event as we plan for better active transport infrastructure into the coming decades.

“The provision of safe and connected bicycle networks within ten kilometres of the Harbour CBD and emerging cities is a key deliverable of the Draft Greater Sydney Services and Infrastructure Plan which emphasises the importance of active transport in achieving the 30 Minute City vision for Greater Sydney.”

Government leaders join national and international guest speakers and Australian bicycle organisations in the annual Summit, with further announcements to be made on international and key note speakers, venue and program.