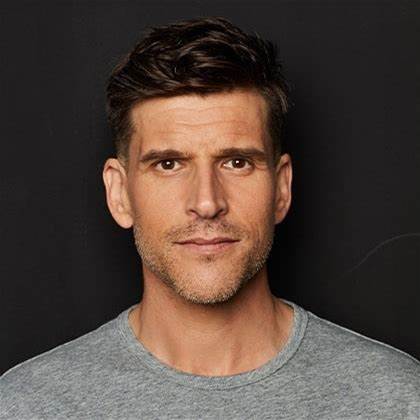 Osher is one of Australia’s most recognisable personalities after more than two decades in the media, from hosting Channel (V) to now The Bachelor and The Masked Singer.

He joins the We Ride Australia Board to bring his extensive media savvy, experience and passion to the Foundation’s objectives that will make riding bicycles accessible, safe and convenient for all.

“I’m passionate about the potential of bicycles to improve our society and the many health, transport and environmental benefits that they bring” said Osher.

“I want my kids to have the same freedom to ride a bike that I had when I was young. It’s clear that more people cycling is a part of us building a healthier, sustainable low carbon future.”

“Through the 20 years of experience they have at a national level, We Ride is perfectly placed to lead this advocacy and I am very excited to be able to contribute to the work they are doing across Australia,” he said.

View Osher’s video on Instagram about accepting the position on the Board here.

Neelesh Mehta is Chair of the We Ride Board and welcomed the appointment of Osher Günsberg.

“We could not be happier that someone with Osher’s profile has committed to help us realise the vision of the Foundation to make Australia a better place to ride a bike.

“Osher brings a young and engaged audience with him and we hope this will work for us as the Australian public rediscovers the simple fun and enjoyment of riding a bike throughout this difficult COVID-19 pandemic,

“He joins the Board of We Ride as the focus shifts to a range of exciting new programs and projects to get more people in Australia riding bikes, including the recently announced Parliamentary Friends of Cycling group” said Mr Mehta, Chair of We Ride Australia.

Osher’s appointment comes after a national recruitment process and will be followed with a further two announcements over the next two days, significantly increasing the range of skills on the Board of We Ride Australia.

After seven years as a Director, industry leader and MD of Shimano Australia, Matt Bazzano, retires and three term Lord Mayor of the City of Port Phillip and lawyer, Amanda Stevens, also steps down to focus on her role in a key government agency.

“On behalf of We Ride, I would like to thank Matt and Amanda for their service on the Board, especially through the transition to the NFP Foundation” said Foundation Chair, Neelesh Mehta.

“Their commitment and dedication has set the Foundation up perfectly to increase our impact and ability to make Australia a better place for all Australians to ride a bike, whether they are 8 or 80,” Mr Mehta said.

The 2020 Australian Cycling Environmental and Health Foundation Annual General Meeting will be held from 3.30 – 4.30pm AEDT on Thursday, 12th November as a virtual meeting on Zoom.

News about appointments to the Board of Directors of We Ride Australia can be viewed at www.weride.org.au/news. 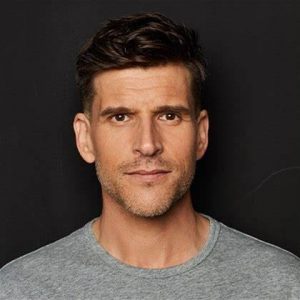 Osher Gunsberg joins the Board of Directors of We Ride Australia.

Osher Günsberg is one of Australia’s most recognisable media personalities and has been a guest in the living rooms of Australian’s for nearly 2 decades.

Osher started at Brisbane’s B105 in 1994 and from Channel (V) in the early 2000’s, to Australian Idol, and now as host of the Bachelor franchise and The Masked Singer, few people have been as visible to Australian radio and TV audiences throughout the 2000’s. He is an early adopter of independent digital broadcasting, writing, producing and hosting podcasts since 2013 and has close to 5m downloads for his programs.

As a passionate advocate for climate action, Osher regularly profiles activists and entrepreneurs in the climate space on his podcast.

Osher has opened up to talk about life, love and living with mental illness in his book, Back, After the Break. His passion to help change attitudes in our society about complex mental illness led to his role on the board of SANE Australia as a director from 2016 – 2019 and he previously served as Ambassador for children’s charity The Shepherd Centre to educate the public and help children who are born deaf or hearing impaired.

A passionate cyclist, Osher understands the benefits of riding a bike for mental and physical health, as a sustainable and accessible transport mode for all and contributor to a low carbon future.  He joins the We Ride Australia Board to bring his extensive media savvy and passion to the Foundation’s vision and objectives.

As the national independent voice for cycling We Ride Australia builds on its 20 years of advocacy to make Australia a better place to ride a bike.

We do this by building the case for investment in infrastructure, sharing evidence to support bicycling’s role in environmental, community and national agendas and presenting the positive, healthy and productive reality for children and adults from all walks of life.