The Cycling Luminaries Awards have been celebrated nationally since 2002.

As bicycle riding has grown across Australia, the awards have evolved and matured to reflect the bicycle community’s achievements from the smallest remote community to national programs in towns and cities.

After a postponement due to Covid restrictions, the awards returned in 2022 and uniquely celebrated a full three years of achievements in a time that Australians re-discovered bike riding during the pandemic. The Gala Awards Dinner was held as part of the Micromobility Conference at Randwick Racecourse on the 25th of November, with the nominees and winners celebrated with leading advocacy, industry and political leaders present to recognise their achievements.

We look forward to another national celebration when we recognise nominees and crown new winners in 2023.

Nominations will open in mid-2023 so consider your champions for nomination now to ensure we recognise the heroes making Australia a better place to ride a bike – nomination form here. 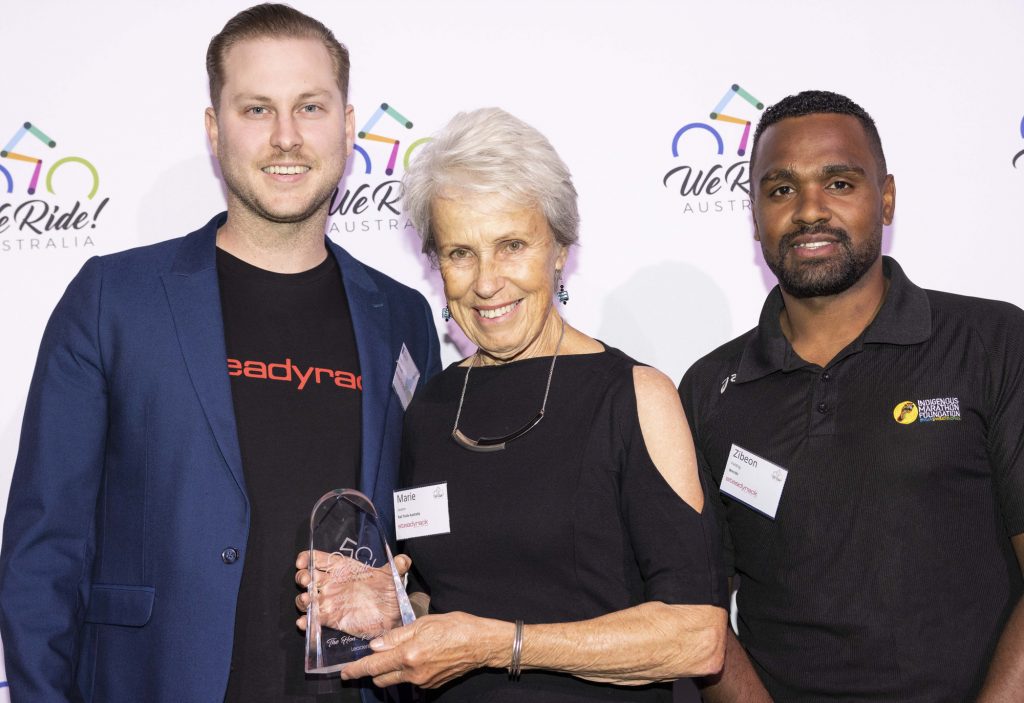 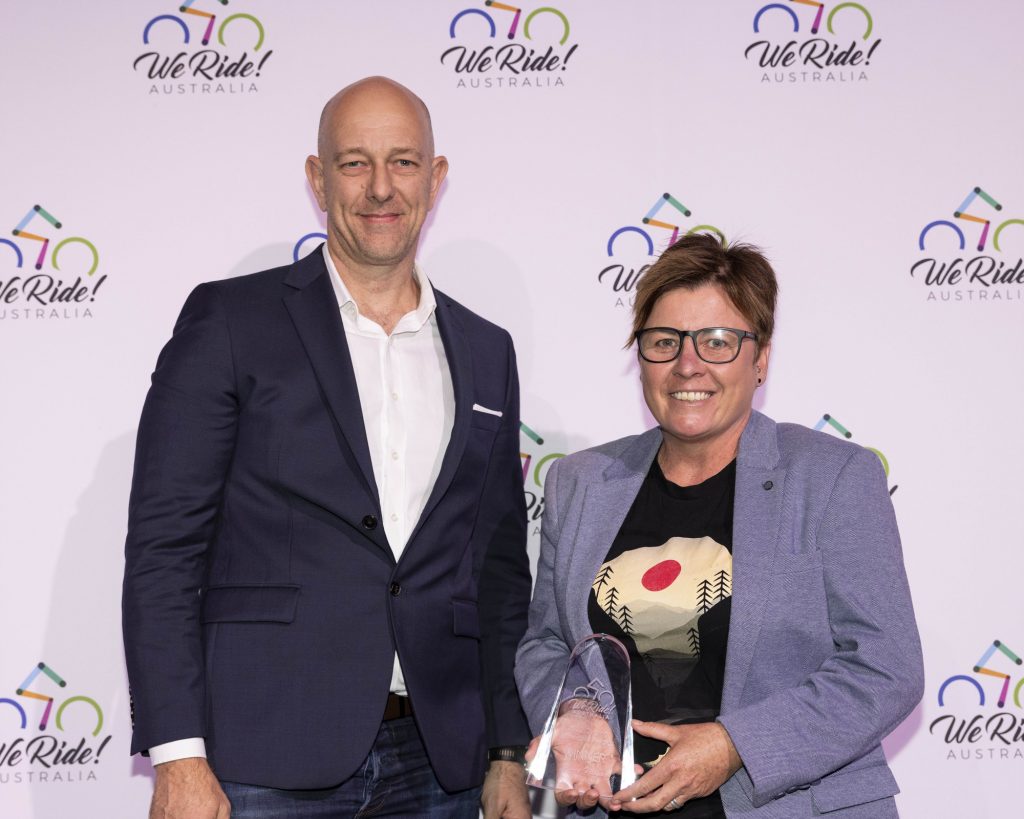 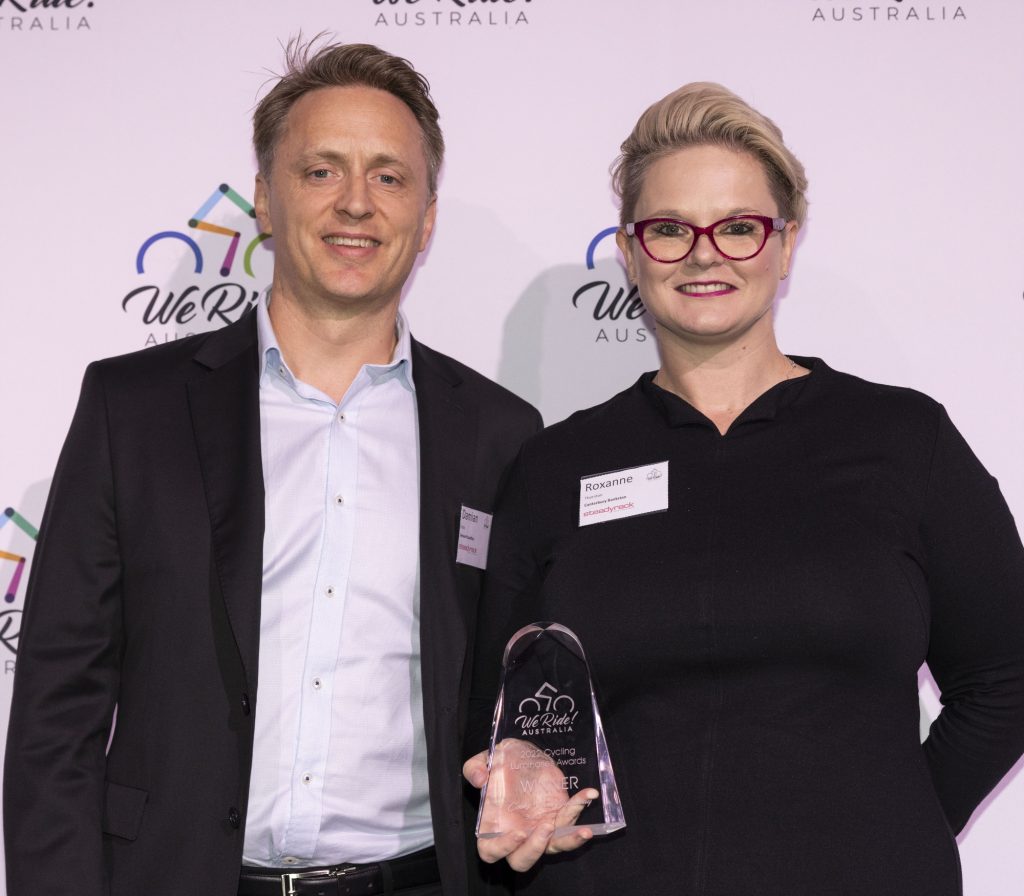 Above: Damian Hicks from Cyclecover presenting Roxanne Thornton with the Award for Built Environment and Urban Design

Past Award winners and nomination procedures can be viewed for each category by following the links below: 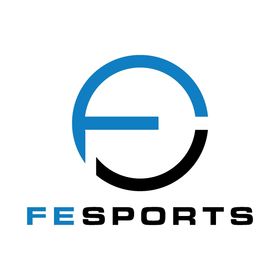