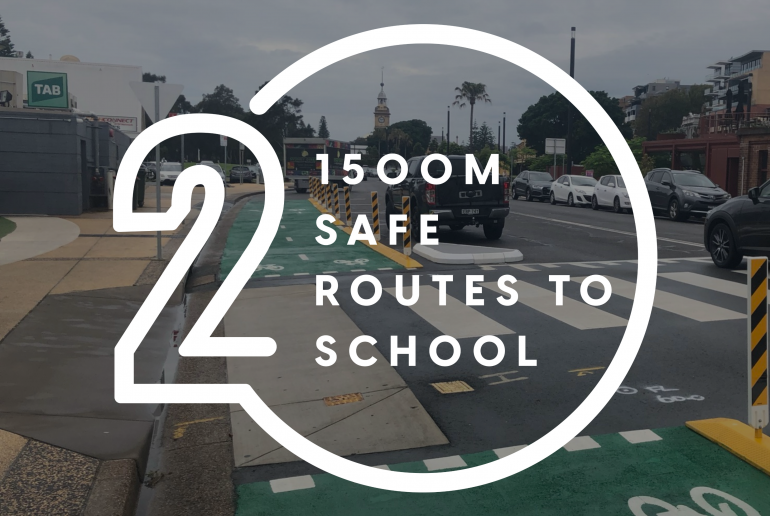 We Ride Australia with the Australasian Society for Physical Activity (ASPA) today presented the Member for Wentworth – Dave Sharma MP, the Member for Fenner – the Hon. Dr Andrew Leigh MP and the Member for Indi – Dr Helen Haines MP with a national call for three transport priorities in Parliament. 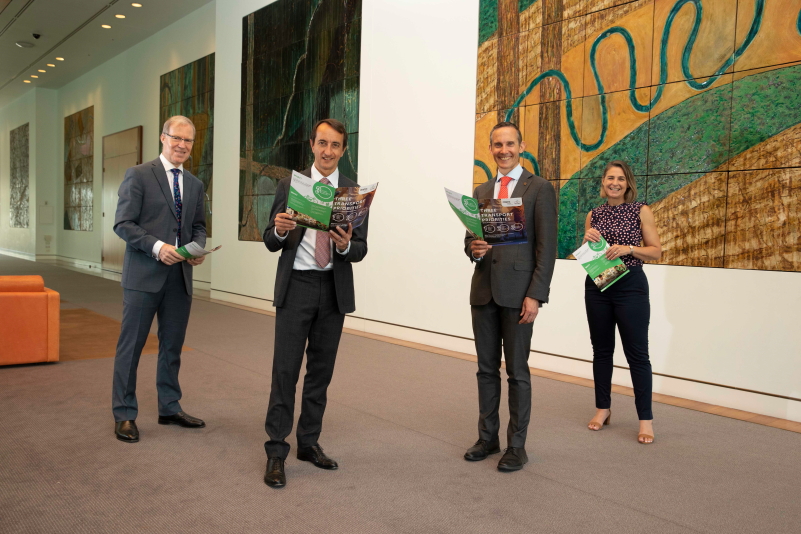 Above: WeRide’s Stephen Hodge, Member for Wentworth Dave Sharma, the Member for Fenner, Hon. Andrew Leigh and ASPA’s Nicole Freene PhD at the presentation in Parliament. Dr Helen Haines MP was unfortunately unable to attend at the last minute after being detained by Parliamentary business.

The 2022 federal Election document was presented to the Co-Chairs of the Parliamentary Friends of Cycling, a group that unites MPs and Senators with an interest in the benefits of active travel and cycling in Parliament. The launch was led by WeRide and ASPA on behalf of an alliance of 13 national health, transport, education and climate organisations. 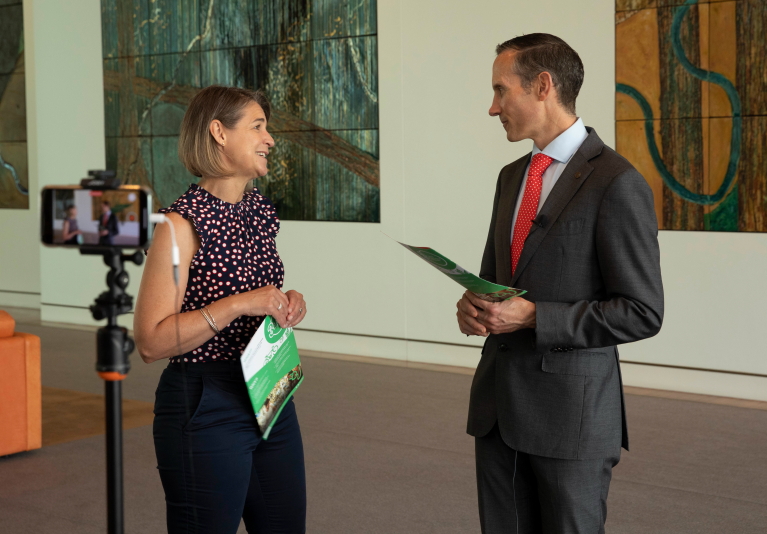 Above: ASPA’s Nicole Freene discusses the important health aspects of the joint policy proposal with Labor’s Shadow Asst Minister for Treasury and Co-Chair of the Parliamentary Friends of Cycling group, the Hon. Dr Andrew Leigh MP.

2. 1500m Safe Routes to School including footpaths, pedestrian priority crossings, and ‘no drop off’ zones.

3. An Purchase Subsidy of up to $1000 for customers purchasing an e-bike for riding to work. 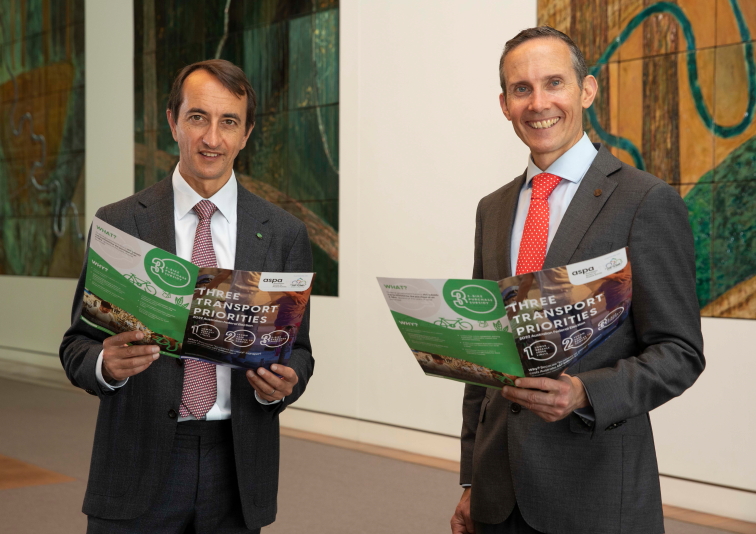 Above: the Parliamentary Friends of Cycling provides an important avenue to present and advocate for the benefits of investment in cycling to all sides of politics. Our Co-Chairs of the group, Dave Sharma (here on the left), Andrew Leigh (on the right) and Helen Haines have all put up their hands to champion cycling in Parliament and WeRide is grateful for their willingness to assist our agenda. The Friends group is an initiative of WeRide and is the culmination of more than a decade of direct advocacy to federal Parliament.

Speaking ahead of the launch, Tepi Mclaughlin, spokesperson for the Australasian Society for Physical Activity said: “The Three Transport Priorities are tangible, evidence-based and popular solutions to reduce traffic crashes, reduce congestion and increase physical activity.”

Mclaughlin added: “They’re also cost-efficient. We know that we could build a new pedestrian priority crossing outside every school in the country for the same cost as the Sydney NorthConnex tunnel.”

Stephen Hodge, speaking for WeRide Australia, who partnered on the development of the Three Transport Priorities said: “There is great support for initiatives that promote walking and cycling in Australia.”

“We have previously shown that the cycling economy contributed $6.3 billion in direct economic value in 2020. Yet the Three Transport Priorities highlight the additional economic benefits of cycling and walking, especially for transport, including reduced crashes, congestion and physical inactivity” said Hodge.

Hodge added “We know that 40% of city car journeys are under 3km, which is about a 10 minute bike ride. The Three Transport Priorities would encourage people to leave the car at home for these short journeys. That would be good for everyone – fuel savings, reduced pollution, less congestion and it gets us moving more.”

The Australasian Society for Physical Activity, in partnership with We Ride Australia and an alliance of 13 health, transport, education and climate organisations have authored and presented this document to Parliamentarians. To add your support for the Three Transport Priorities, go to the ASPA website here and sign up to the online document. 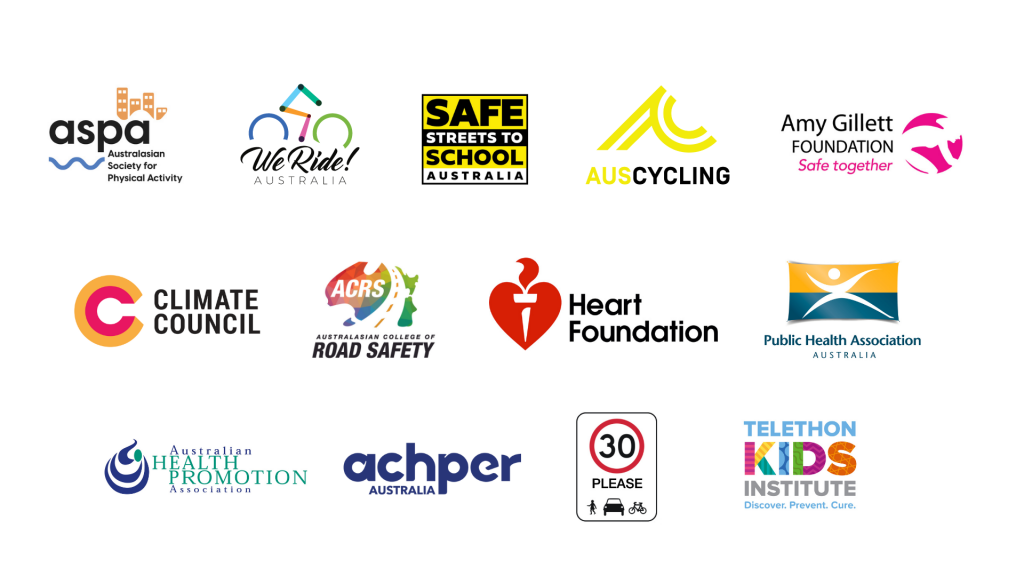 These national organisations have supported this 2022 federal Election policy. They are: Safe Streets to School, AusCycling, Amy Gillett Foundation, Climate Council, Australasian College of Road Safety, Heart Foundation, Public Health Association of Australia, Australian Health Promotion Association, Australian Council for Health, Physical Exercise and Recreation, 30please.org and the Telethon Kids Institute. We encourage all organisations with an interest in this area to consider adding their voice to this effort.

To add your support for the Three Transport Priorities, go to the ASPA website here and sign up to the online document. 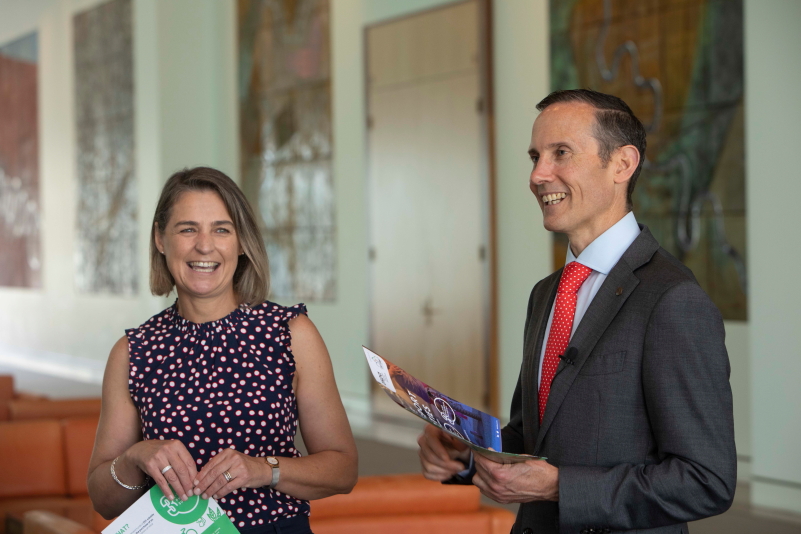 Above: Nicole Freene represented the Australasian Society for Physical Activity who led the effort with WeRide to develop an election policy that has united 13 national peak groups in a short time. This policy is available for all organisations to support at the ASPA website. https://aspactivity.org/three-transport-priorities/

To add your support for the Three Transport Priorities, go to the ASPA website here and sign up to the online document.