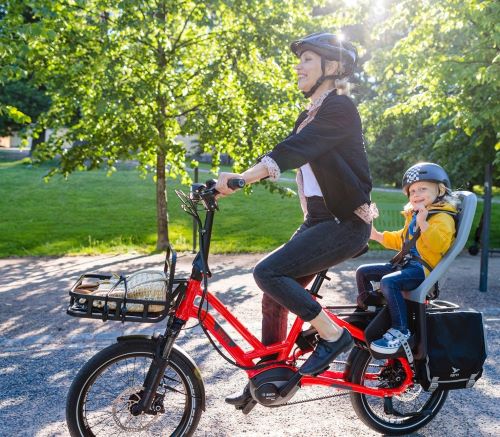 Figures released today by We Ride Australia show that a Government incentive to get more people riding e-bikes would return up to $3 for every $1 invested.

The figures, based on data released by NSW Treasury and modelled by the independent Institute for Sensible Transport, identify the direct financial return of incentives that encourage uptake of e-bikes.

The modelling was released on the same day that NSW Minister for Cities and Active Transport, Hon. Rob Stokes MP, hosted an historic Mobility Summit focused on active transport.

Minister Stokes, in his opening comments, noted that equity was a major issue with 40% of public land in Sydney used for transport.

He noted that 2 million car trips a day in Sydney are less than 2km and that his government is investing to create a complete network of strategic active transport corridors that will provide greater equity and choice for daily trips.

WeRide’s Peter Bourke noted that the increasing cost of transport is headlining cost of living pressures facing governments across the country.

“It is a critical time for families as they struggle with transport and living costs in general,

“The pandemic showed how willing Australians are to embrace walking and cycling for their short local trips and e-bikes are the great leveller that can get us all mobile easily, quickly and enjoyably” he said.

“Our modelling shows how effective an incentive would be for Australians who would like to take their kids to school, ride to the local shops or ride to work and we urge the Minister for Transport and the Treasurer to consider incentivising this healthy, convenient form of transport.”

The new data strongly supports the 2022 Election call for a purchase incentive launched by the Australasian Society of Physical Activity, WeRide and more than 35 national organisations and nearly one hundred experts.

“A financial incentive for e-bikes is one transport investment that really pays off for health, transport and our local streets,” said Mr Bourke.