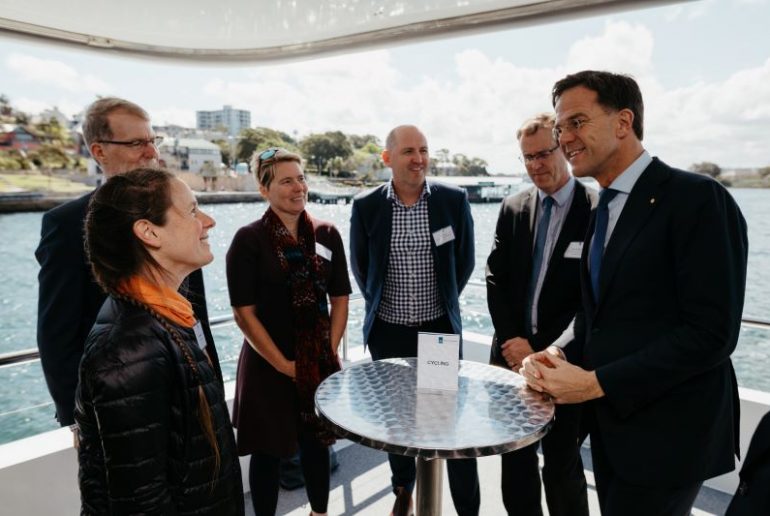 The special invitation was a chance for us to be able to tell Prime Minister Rutte what was achieved in our visit to the Netherlands and how this has benefitted the work of our delegates since they returned to their cycling related jobs in Australia.

Accompanying We Ride’s Peter Bourke and Stephen Hodge on the 10th October Harbour cruise were Fiona Campbell – Manager Cycling Strategy at the City of Sydney, Craig Wooldridge – Chair of Cycling and Walking Australia and New Zealand as well as senior transport executive in the WA Government and Myfanwy Lawrence – Active Transport Integration Manager at Transport for NSW. 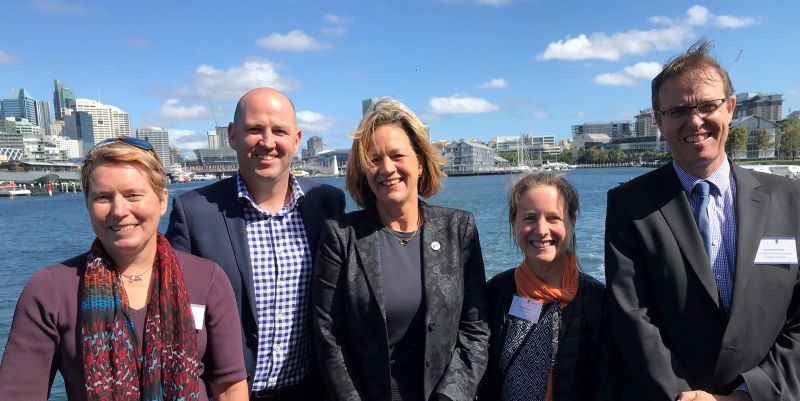 In an engaging and sometimes very funny conversation, our Australian cycling champions clearly outlined the critical and ongong role that their Dutch experiences have played in their professional lives making Australia a better place to ride a bike.

The Dutch experience was universally valued and we were able to convey the impact directly to the leader of their country.

We Ride Australia is very proud of the outcomes generated by our successful study tour series, which in 2019 visited North American cities for the first time (see news item above on the 2019 Study Tour).

As an independent voice for cycling nationally, We Ride Australia remains committed to providing decision makers across Australia with the knowledge, confidence and vision to help them create a better Australia for all cyclists. Please don’t hesitate to contact us for information on future delegations – contact us.