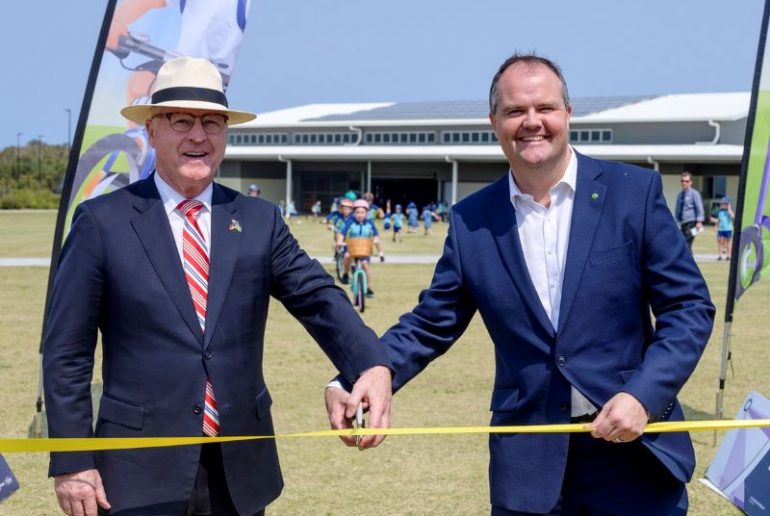 Above: Mayor Mark Jamieson and the Member for Fairfax, Ted O’Brien MP cut the ribbon to officially launch the RideScore Active Schools program.

An Australian-first RideScore Active Schools program was launched on the Sunshine Coast on Thursday, 21st November.

It was a major milestone for the Foundation and represents a collaborative effort across all three levels of government, with major support coming from a grant of $224,000 from Sport Australia’s Move It AUS program.

Developed in partnership with the Sunshine Coast Council, RideScore Active Schools uses smart tech beacons for the first time in a ride to school program to automatically send a message to parents when their child arrives at school or departs. 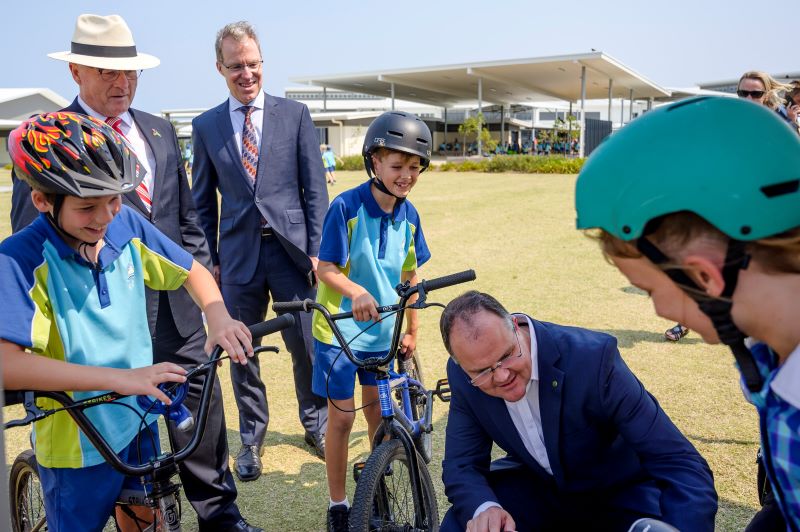 Ted O’Brien MP looks at the smart tech beacons on the childrens’ bikes while Mayor Jamieson and We Ride’s Stephen Hodge look on.

Our partnerships include substantial funding not only from the Australian Government and the Sunshine Coast Council – who will administer the program in 9 schools to more than 800 students for the first year in 2020 – but also from Stockland and the Queensland Government.

Interest in the program has come in from across the country, with several Councils nationally asking whether it can be rolled out in their area. We are ensuring the benefits and outcomes are evaluated with our academic research partners, the Health Research Institute at the University of Canberra, to ensure we can objectively demonstrate the benefits.

We thank Sunshine Coast Mayor, Mark Jamieson, the federal Member for Fairfax Ted O’Brien MP who represented the Minister for Youth and Sport, Senator Colbeck, Principal of Baringa State Primary School (our host on the day), Noel Baggs, and all the Councillors, School Principals, media and our colleagues at Council for making it a great launch. 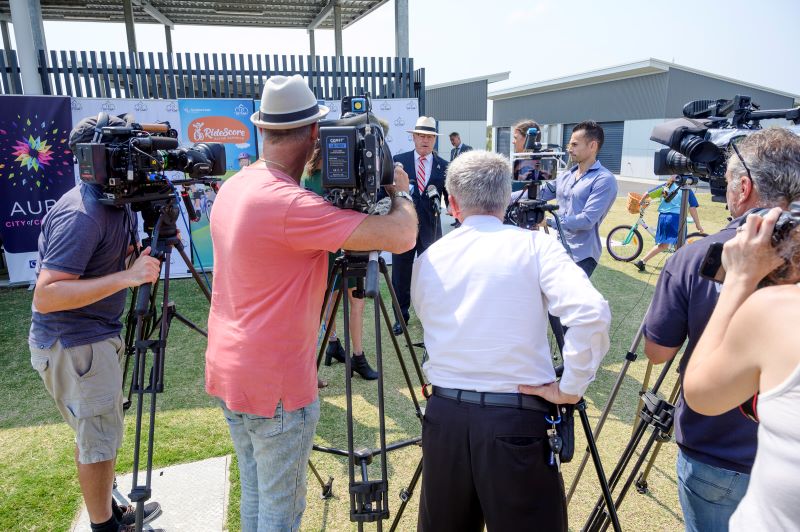 Significant media and local interest was generated by the announcement of the RideScore Active Schools program launch on the Sunshine Coast.

Read full details about the program in our media release from the day here.

View a video news report including interviews with our key partners here. 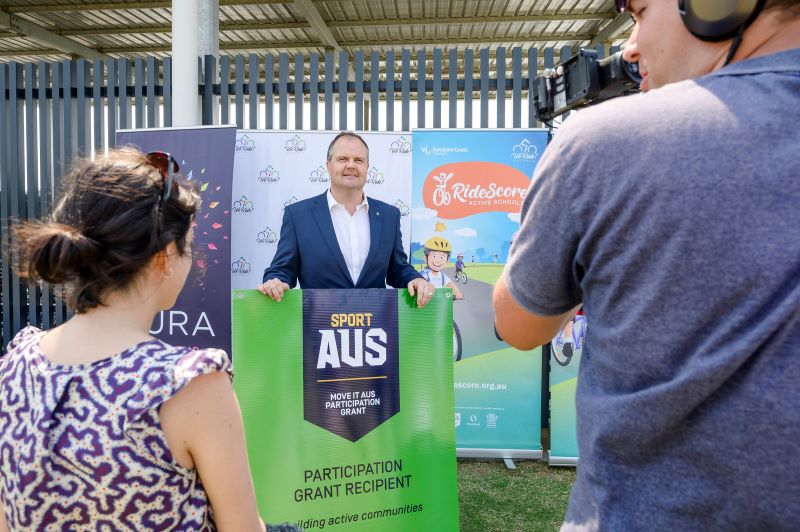 Ted O’Brien MP represented the Minister for Youth and Sport and the significant support received from the federal Move It AUS program.