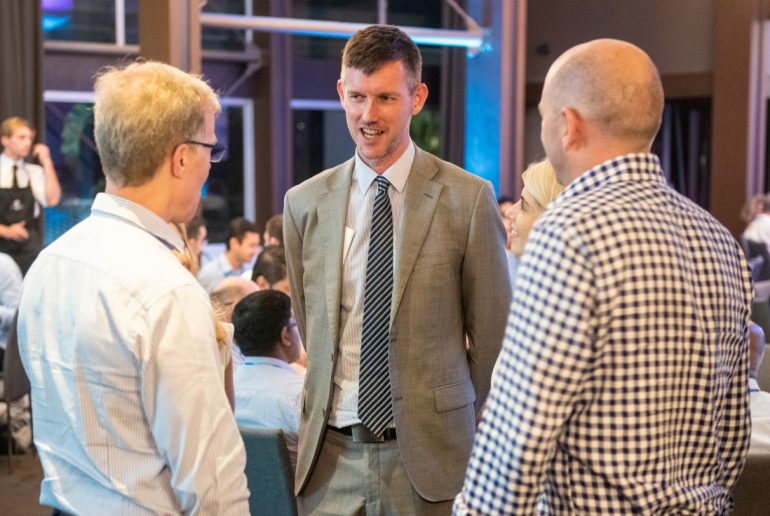 Above: QLD Minister for Transport and Main Roads, Mark Bailey, opened the International Cycling Safety Conference and spoke at the Conference Dinner. Here with We Ride Australia’s Peter Bourke and Stephen Hodge.

Hosted by the Centre for Accident Research and Road Safety-Queensland (CARRS-Q) from Monday 18th to Thursday 21st November, international and Australian experts in cycle safety attended this significant forum.

The International Cycling Safety Conference was held at the QUT and saw delegates coming from across Australia and the US, Sweden, Netherlands, Germany, UK and more.

A major focus of the conference was the worsening crash record for bicycle riding around the World and the extremely poor data available to analyse what is causing the crashes and serious injuries.

The Award for best presentation at ICSC 2019 went to President of the Australasian Injury Prevention Network, Dr Ben Beck from Monash University. Ben outlined the detailed data on bicycle crashes from hospital and Police records and Victoria’s State Trauma Registry which follows up all crashes the with extended and repeat post-crash interviews to look at recovery and cost. 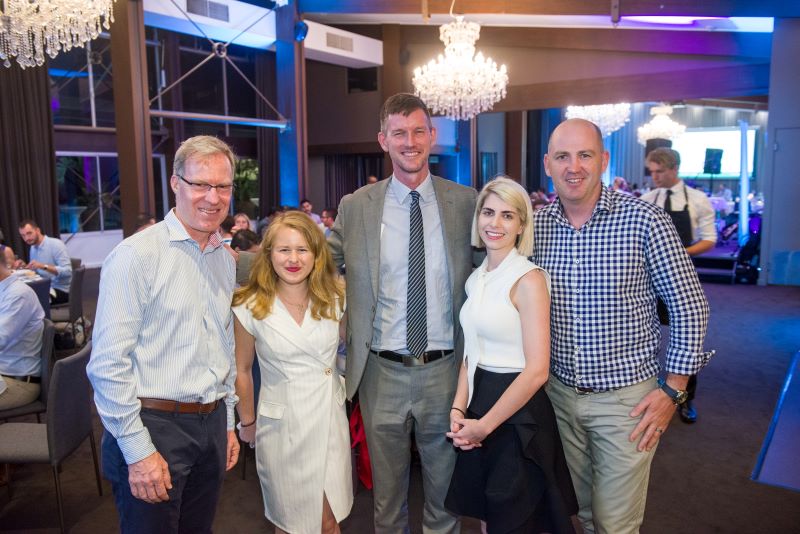 The lack of consistent available data is evident in the fact that 78% of crash data is present in hospital records only, it is not present in Police records. This is at a time when there has been a doubling of seriously injured cyclists over the last few years – many of which are single bicycle crashes.

A key question posed was given that the rate of cycling is not increasing, why are crashes going up? Sadly, there is not enough exposure or population data to answer this question at the moment. 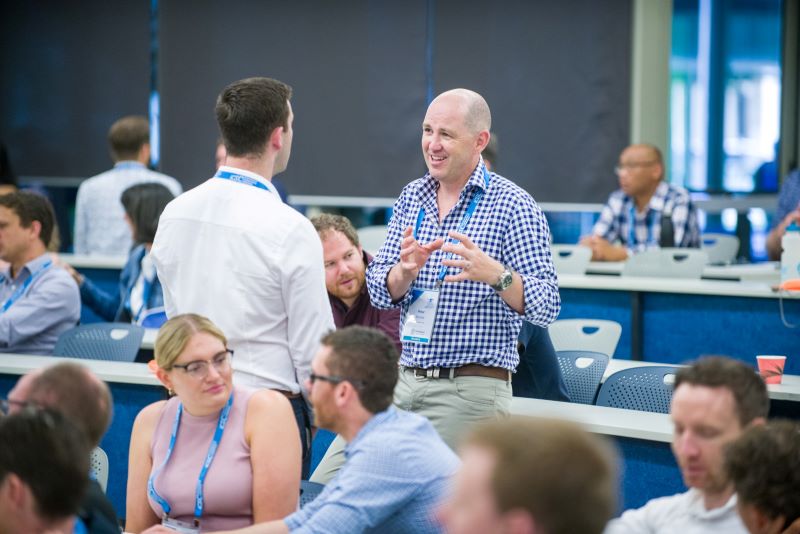 Peter Bourke in session at ICSC2019.

A significant expert workshop was held after completion of the conference program with participation from key international and national experts and several dialling in from overseas to discuss an international cycling research agenda.

We Ride’s Stephen Hodge presented to the roundtable early in the agenda on learning from cooperation and strategic action for cycling before he travelled to the Sunshine Coast for the launch of the RideScore Active Schools program. [link]

The conference dinner also presented an opportunity for We Ride and one of our members and a conference sponsor, Emily Billiau from CycleLaw, to spend time discussing key issues with QLD Minister for Transport and Main Roads, Mark Bailey.

Participating at key events such as the ICSC2019 is vital to We Ride’s national advocacy work for better policy and investment for bicycle riders – here Peter Bourke and Stephen Hodge discuss some of our initiatives with Queensland’s Transport Minister, Mark Bailey, and Emily Billiau of CycleLaw.