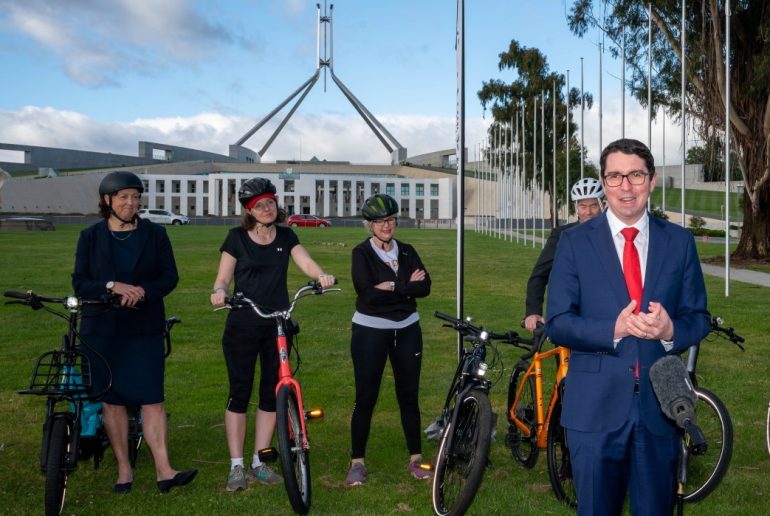 The Federal Parliamentary Friends of Cycling, with We Ride Australia, today launched the Friendship group for the 47th Parliament with an e-bike test and ride event on the lawns of Parliament House Canberra.

The Assistant Minister to the Prime Minister, the Hon. Patrick Gorman, launched the group with the group’s Co-Chairs the Member for Swan, Zaneta Mascarenhas MP (Labor), the Member for Fisher the Hon. Andrew Wallace MP (Coalition) and the independent Member for Indi, Dr Helen Haines MP. 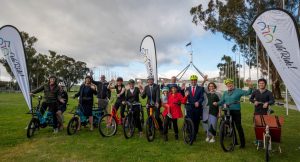 Above: the launch of Parliamentary Friends of Cycling for the 47th Parliament with Osher Gunsberg was well attended by MPs, Senators and staff, and ACT Transport Minister Chris Steel, who joined us outside the House to test ride the latest e-bikes available.

The event attracted MPs, Senators and key staff from all major parties along with several independents and showcased the latest e-bike and Micromobility technology available to Australians of all ages and abilities. WeRide Board member Osher Gunsberg was on hand to assist with the formalities and conducted numerous interviews with Parliamentarians that we will post in coming days.

The Parliamentary Friendship Group is an influential platform that allows WeRide and the bicycle sector to engage with Parliamentarians and bureaucratic decision makers. It promotes engagement and allows us to advocate on behalf of bicycle riders and the entire sector. 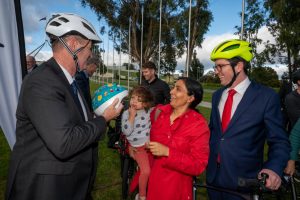 WeRide will be uploading a range of interviews between Osher Gunsberg and participants including the Assistant Minister to the Prime Minister, Co-Chairs, MPs and ACT’s Minister for Transport, Chris Steel in coming days.

We Ride Australia is the national, independent voice for cycling and supports the Co-Chairs for the Parliamentary Friends of Cycling events.