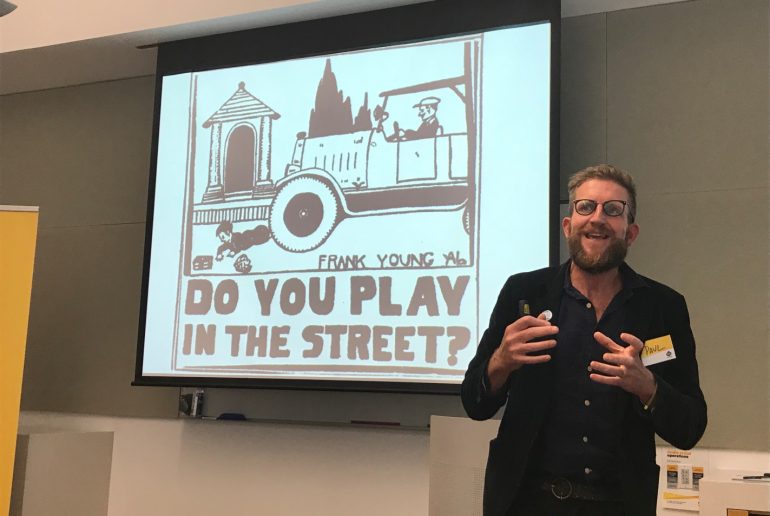 In this We Ride Australia e-news:

As always, there is a lot to talk about – so don’t hesitate to have a look around our website for more info and add your voice to the Australians who have already said ‘We Ride!’

Monday’s release of the Benchmarking of the National Road Safety Strategy report by motoring peak body, Australian Automobile Association (AAA), reveals that the Strategy is failing to reduce road deaths and meet nationally agreed targets. It singles out the 80% increase in cyclists’ deaths in the report as a key statistic.

We Ride Australia and other cycle advocacy organisations are concerned about the failure to implement measures that are known to reduce traffic deaths, specifically reducing speed limits in areas of high pedestrian traffic and bicycle use (see media report here).

Other key measures that remove cyclists from conflict with traffic are separated bikeways and these are widely supported, with all bicycle advocacy organisations calling for greater investment in separated infrastructure for cycling. But the lack of action on lowering speed limits in residential areas is of great concern as it can be trialled without delay and for little cost. This week’s announcement by the City of Yarra to trial 30 kph limits as a road safety measure is welcome news (LINK).

The Action Plan for the National Road Safety Strategy is clear on the importance of implementing lower speed limits, but its success in this action is not.

Above: snapshot from AAA’s submission to Inquiry into the National Road Safety Strategy, https://www.aaa.asn.au/wp-content/uploads/2018/04/AAA-submission-to-NRSS-inquiry-2018.pdf, page 17.

A national Safe Routes to School trial funding application was lodged on 28 June with project partners, Sunshine Coast Council, ESRI Australia and University of Canberra. Lodged under the federal governments Smart Cities and Suburbs Program, the ‘RideScore Sunshine Coast Trial’ will utilise smart tech to build on work done by the Council to engage children and respond to key concerns experienced by parents around independent travel to school. 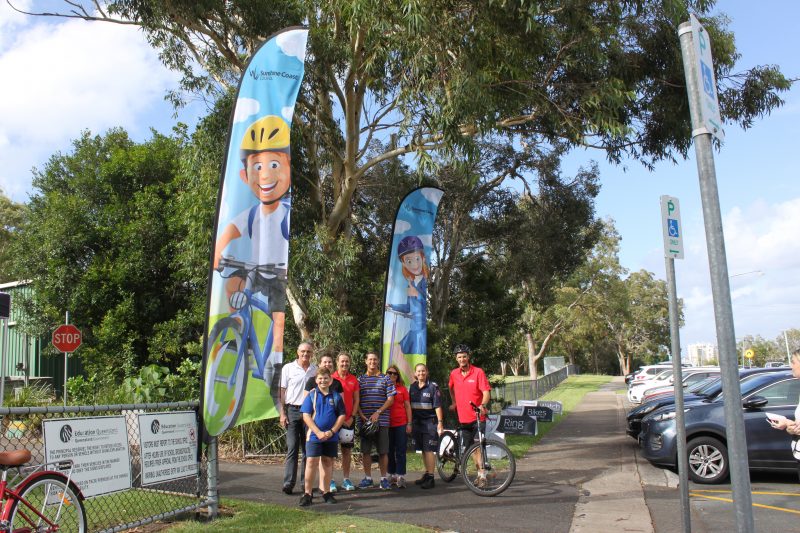 Above: Caloundra State School participated in an early trial of the Bluetooth technology to be used in the RideScore Sunshine Coast trial project.

The trial will establish a scalable national model to boost walking and cycling to school that can be rolled out through Councils across the country. Built around Bluetooth smart technologies, an online engagement platform, planning by the University of Canberra’s Health Research Institute, interactive mapping from global geospatial experts ESRI and engagement workshops with school communities we have been overwhelmed by the support we have received.

Our federal funding application was accompanied by letters of support from:

The trial will be conducted from early 2019 until late June 2020. We Ride Australia has committed to co-fund the trial with the Sunshine Coast Council, Stocklands and corporate partners.

The project has been accepted as a qualifying cause by the Australian Sport Foundation and tax-deductible donations can be made on the ASF website here under the name of ‘Safe Routes to School’: https://asf.org.au/projects/we-ride-australia/.

Together with the WA Dept of Transport and RAC, we organised and facilitated an invitation-only Leaders Forum in Perth to coincide with the Australian Institute of Traffic Planning and Management conference.

The Forum challenged and inspired assembled political and corporate leaders, planners and government representatives to develop purposeful actions to take back to the workplace to champion for better outcomes for active travel.

The event was opened by the Parliamentary Secretary to the Premier and Member for Perth, John Carey MLA, and driven by presentations by the inspirational veteran of 15 years of bike advocacy in New York, Paul Steely White from Transportation Alternatives and We Ride’s Director – National Advocacy, Stephen Hodge. 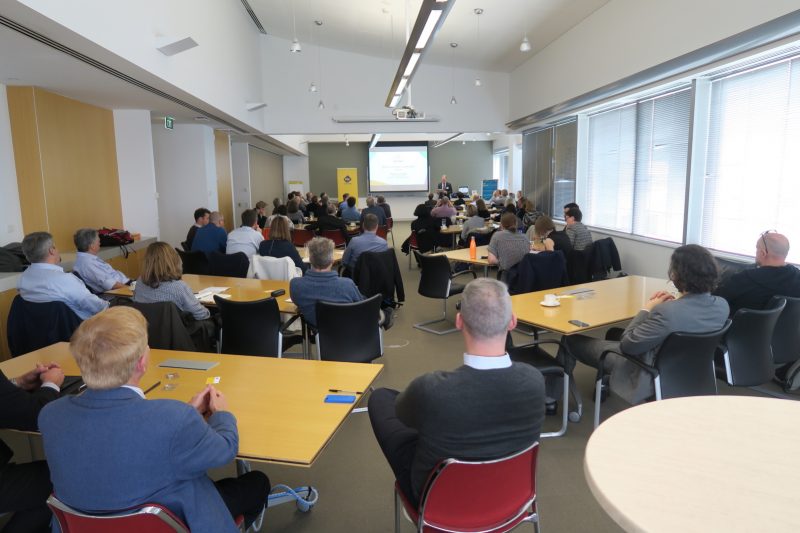 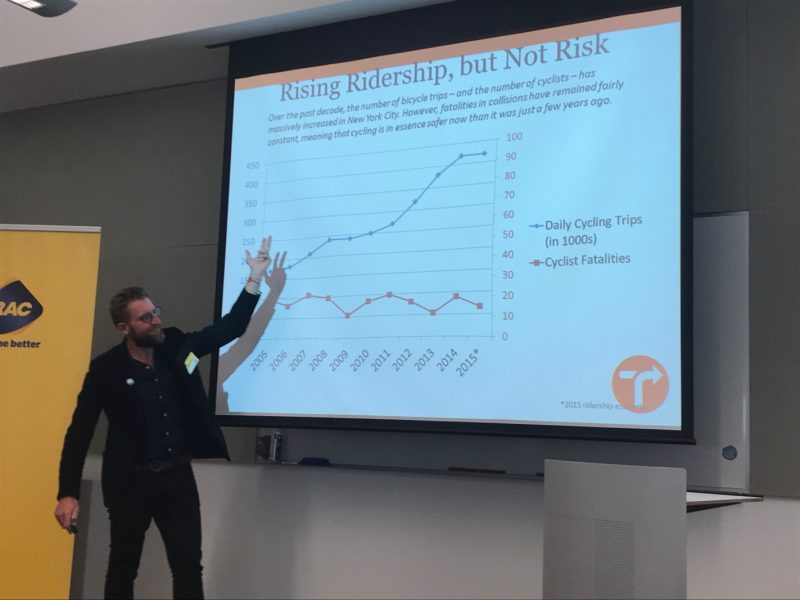 Above: Paul Steely White shows the stunning increase in cycling that was NOT accompanied by any increase in road trauma for bike riders! Vision Zero in action.

We Ride Australia had a strong presence at the Australian Institute of Traffic Planning and Management (AITPM) national conference in Perth from 25-27 July. The AITPM provides a central point of reference for practitioners in traffic and transport planning and management and plays a critical role in future design and delivery of infrastructure across Australia.

We were excited by the opportunities demonstrated by the commitment to walking and cycling evident across the board from the current and future generation of transport planners. 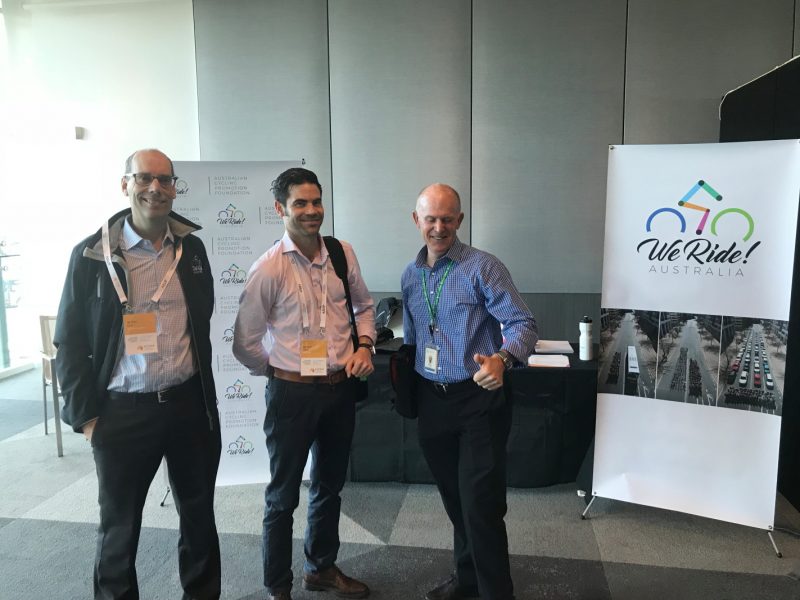 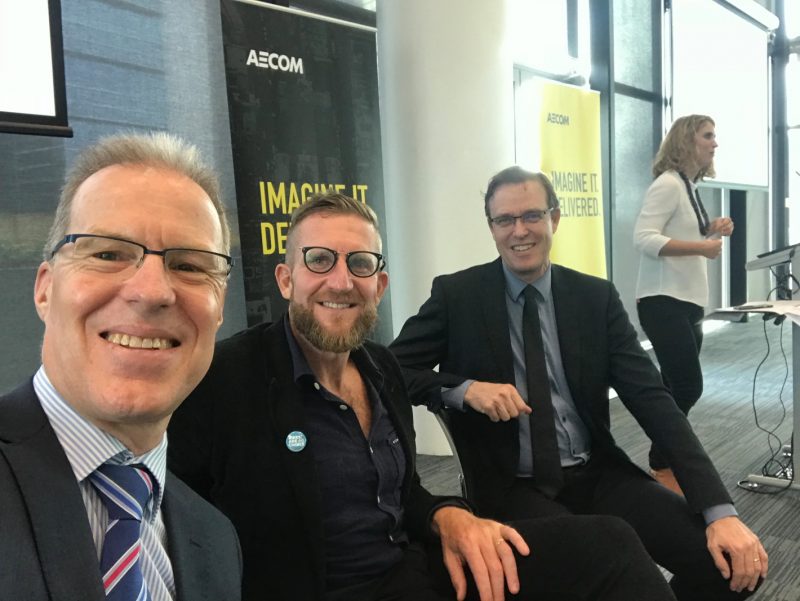 On 1st August, We Ride Australia attended the launch of the first ever national sport and physical activity plan, Sport 2030, by the Minister for Sport, Senator the Hon Bridget McKenzie. 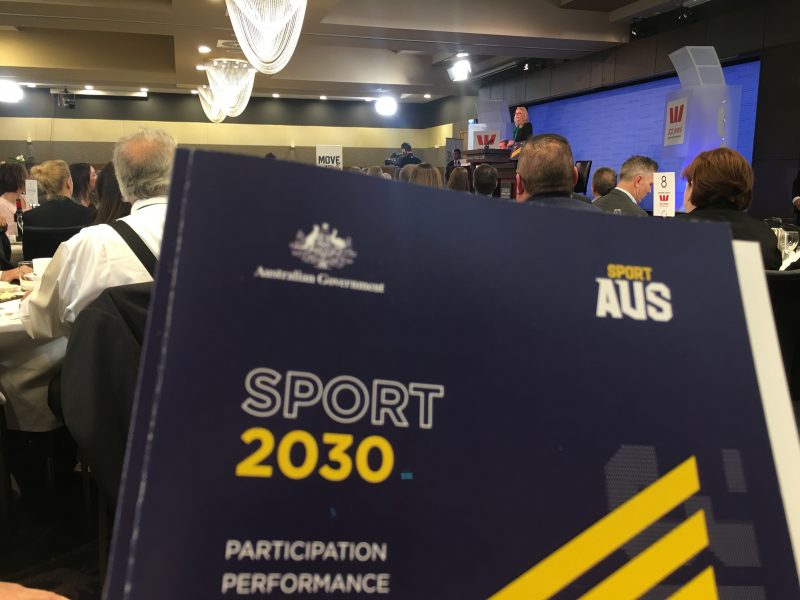 Above: Senator McKenzie, Minister for Sport, launches the plan at the National Press Club.

For the first time, a national Sport 2030 Plan contains a population physical activity priority, ‘Building a More Active Australia’ with the related target to ‘reduce physical inactivity amongst Australians by 15% by 2030’.

We applaud the inclusion and recognition of physical activity for Australians of all ages. While funding support for this strategic priority has not been directly allocated, it is hoped it may flow from the extra funding provided to the newly branded Sport Australia.

The target is the first time we have seen this in a national plan. 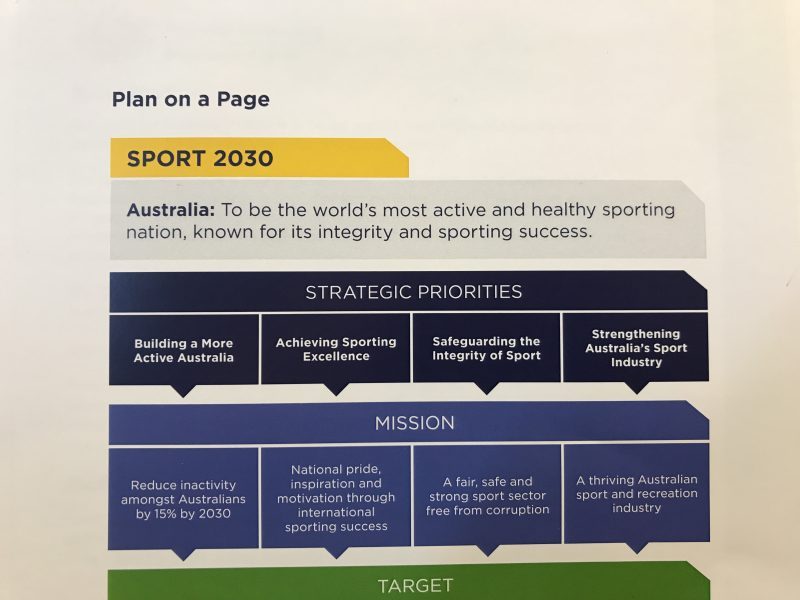 Above: target a key mission as part of ‘building a more active Australia’.

The ABC reported that ‘Sport 2030’s Eureka moment is the timely recognition that participation across all levels, not just elite performance, is the most significant challenge for Australian sport’ (link) and we agree!

While over two-thirds of Australian children participate in organised school sport, fewer than 20% meet daily physical activity recommendations. The lack of incidental physical activity is of great concern to We Ride Australia and we are actively pursuing initiatives across the areas addressed by this plan. Link to Sport 2030 Plan.

Cycling and Walking Australia and New Zealand (CWANZ) met in Perth on 23 July. CWANZ has representation from every State and Territory government as well as local government and advocacy sector members.

The group will operate in the national interest to implement strategies and actions that will rapidly improve the conditions for, and the uptake of walking and cycling on transport and recreation networks across Australia and New Zealand.

We Ride Australia is one of the leading national cycling advocacy groups to be part of this critical national group. 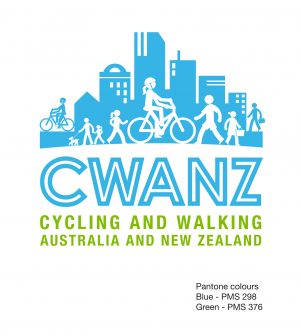 The next meeting will be in Sydney to finalise key strategic actions prior to the next federal election and a number of other activities are underway. [LINK] 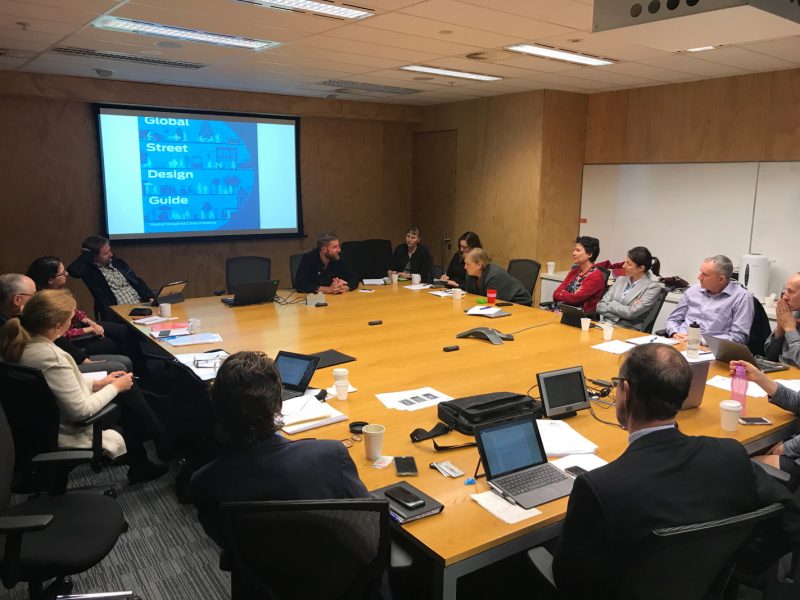 Above: the CWANZ national meeting was hosted by the WA Dept of Transport and also benefitted from a fascinating look at advocacy in action in New York through the eyes of Paul Steely White.

‘That the City of Parramatta write and congratulate the Director of We Ride Australia, Stephen Hodge, on the group becoming only the second Australian organisation to be accepted as a member of the World Cycling Alliance (WCA), a global network of non-Government organisations (NGOs).’