What bicycle will you buy this Christmas? 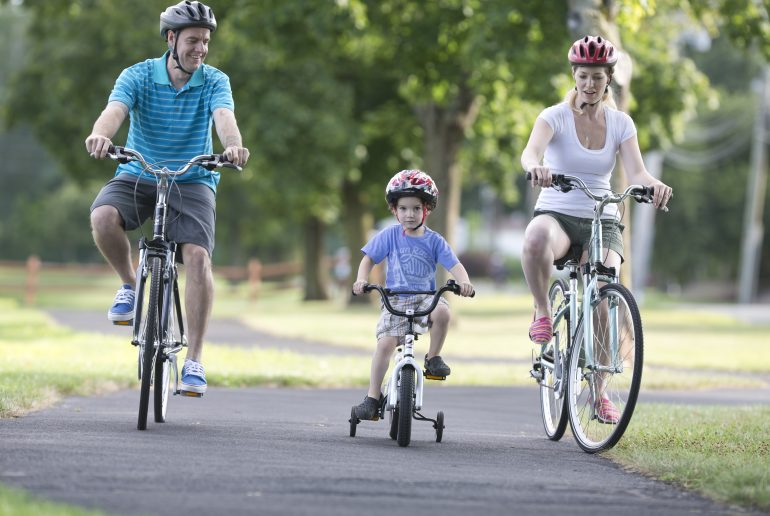 The question on many children’s minds this Christmas is ‘will I get a bicycle this year’? Historically, receiving a bicycle is a major milestone for every child, the ticket to a fun and active childhood and a healthy future.

But despite being at the top of every child’s list this Christmas, Aussie kids are less and less likely to receive a bike for Christmas.

Increased traffic on local roads, lack of safe places to cycle especially to school and a prohibition for children over 12 riding on footpaths in New South Wales and Victoria corresponds with a significant impact on children’s health status and levels of physical activity.

“We need to do more to enable our children to ride their new bicycle this Christmas,” says the Australian Cycling Promotion Foundation’s Stephen Hodge.

“It is about time we changed the rules that allow them to ride on the footpath in NSW and Victoria one day, and force them onto the road the next day when they turn 12, also the subject of a campaign by Sydney parent Callum Gordon[1],” said Hodge.

For parents, a bike should be the first choice this Christmas. Not only relatively low cost—compared to games consoles and smart phones—bicycles give children the freedom to be physically active outdoors, have fun, interact socially with friends in their neighbourhood and an unparalleled degree of character-building independence.

The latest Australian data shows however that nearly 71% of Australian children from the ages of 5 – 11 years are not meeting recommended levels of physical activity. This rises alarmingly to 91.5% of young people (12 – 17 years)[2].

“The fact the industry has reported a 22% drop in sales[4] of children’s bicycles over the last decade simply confirms this lack of physical activity amongst kids,” said Hodge,

“We know that where separated cycling paths are available, many more children cycle, scoot and walk to school[5].”

The Australian Cycling Promotion Foundation[6] is concerned that it has become too hard for children to be active as part of their daily trips to school and other local destinations.

“Let’s give our children a better chance for long term health and well-being and make it possible for them to ride the bikes we buy this year for Christmas,” Hodge said.

“We believe that a focus on safe routes to school for our children is a major step to building a healthier, more engaged and more successful future generation,” Mr Hodge said.

“Building safe, separated infrastructure takes time, so we should be considering an immediate change to the rules in NSW and Victoria to allow children to ride their bikes on footpaths until the age of 16.”

Together with many of Australia’s foremost health experts the Foundation is a member of the Australian Health Policy Collaboration[7] for the development of a national approach to active travel for school children which is due for release early in 2018.

[3] Australian Institute of Health and Welfare 2017. Overweight and obesity in Australia: a birth cohort analysis. Cat. no. PHE 215. Canberra: AIHW.